Every wargame that I’ve designed allows the user to adjust important variables such as leadership and morale and how they affect combat. Usually included is the ability to design your own armies, maps and scenarios as well. However, with the General Staff Wargaming System we’ve added a new feature: the ability to control the realism level before playing a scenario.

The General Staff Wargame has two basic levels of play:

Simulation mode uses HQ units and a chain of command that passes orders down from the General HQ to the sub-commander to the individual unit. How fast the unit responds to the orders are affected by the distance that the courier must travel and the Leadership Value of the HQs.  Simulation mode also employs a more detailed combat resolution model and tracks the actual number of troops in every unit. 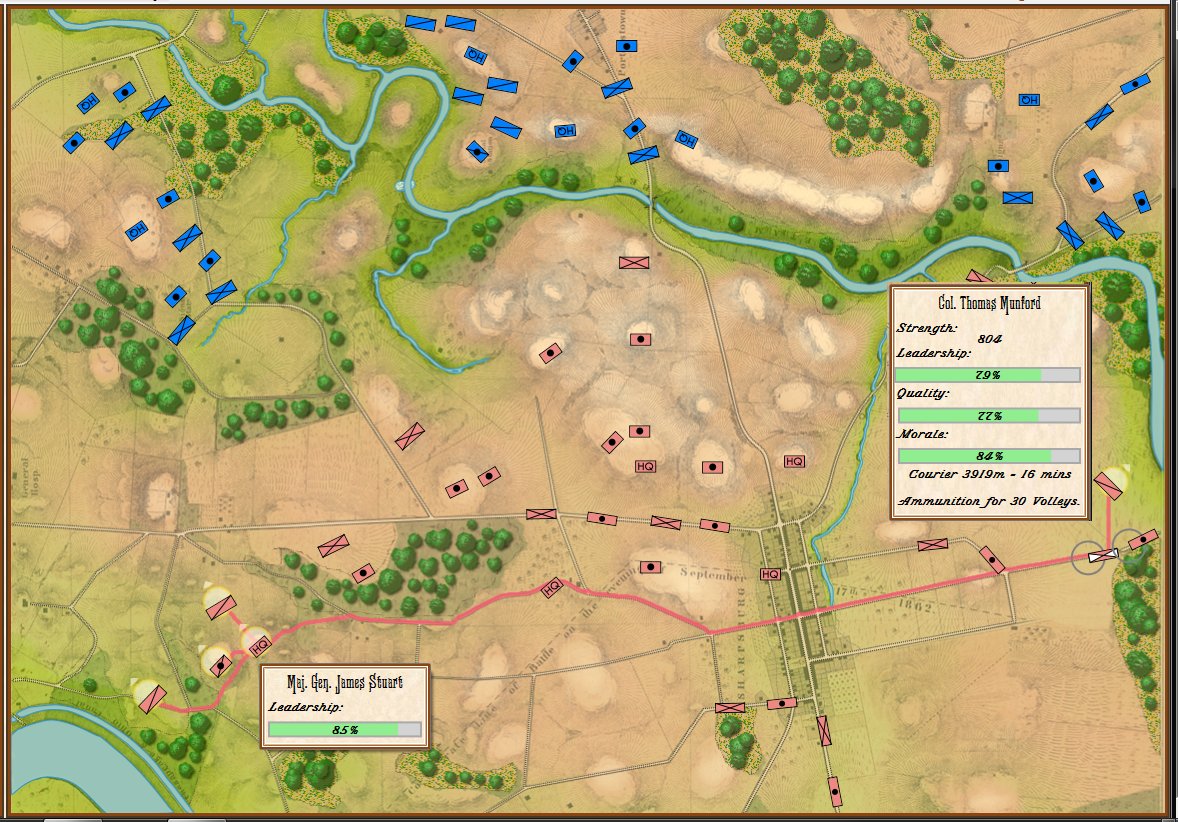 An example of Simulation Mode: the path (red line) and time (16 minutes) it will take for a courier to travel from JEB Stuart’s HQ to Munford’s cavalry with orders. Click to enlarge.

Kriegsspiel mode does not have HQ units and friendly units are moved directly and immediately (no transmission of orders via couriers). The combat resolution model is simpler and units have a value of 1-4 displayed by the number of unit icons on the map. 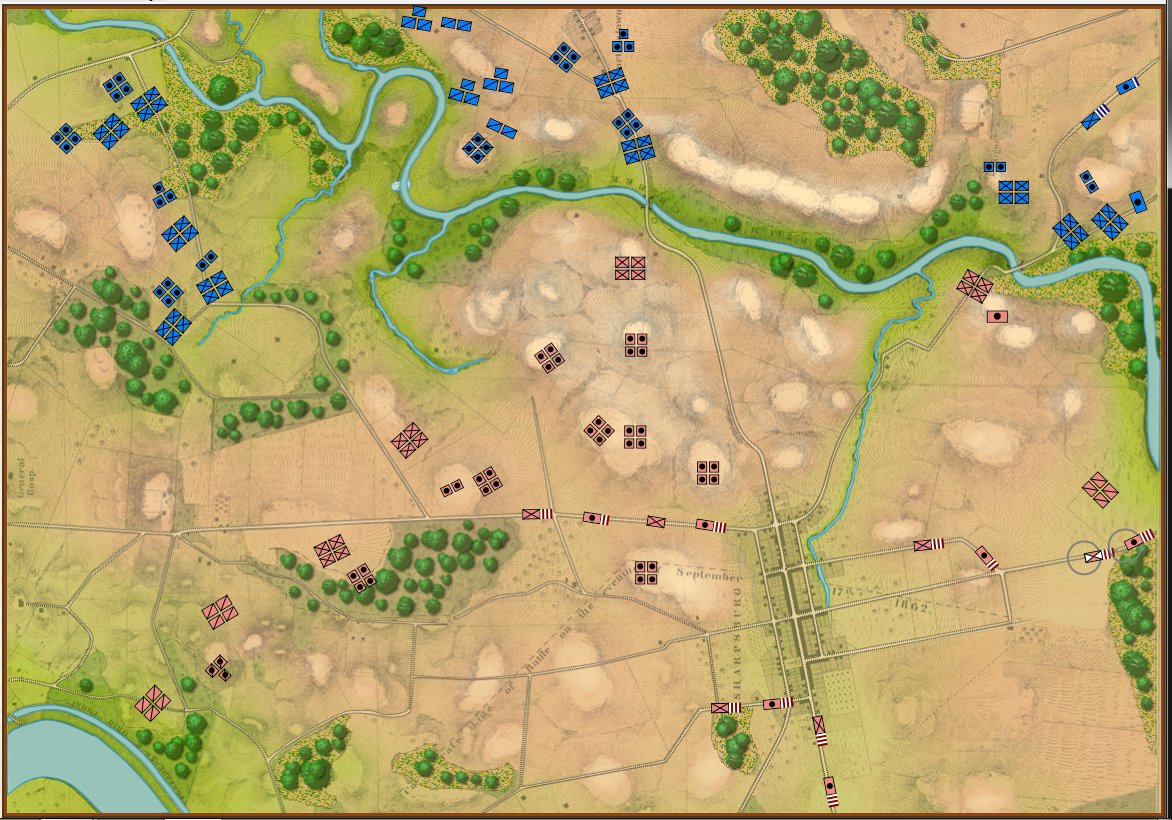 Antietam in Kriegsspiel mode. Notice that there are no HQ units (so no couriers to deliver orders) and units are represented by 1-4 icons. Units in column have a ‘tail’ that indicates the unit strength. Click to enlarge.

In addition to the two game modes (Simulation and Kriegsspiel) there are three Scenario Options:

Order of Battle (OOB) displayed / not displayed. Enemy units with known positions appear dark; enemy units ‘on the map’ but with unknown locations appear grayed out. This, of course, gives the user complete knowledge of the enemy’s OOB and, more importantly, knows when units from certain formations are not directly observable. 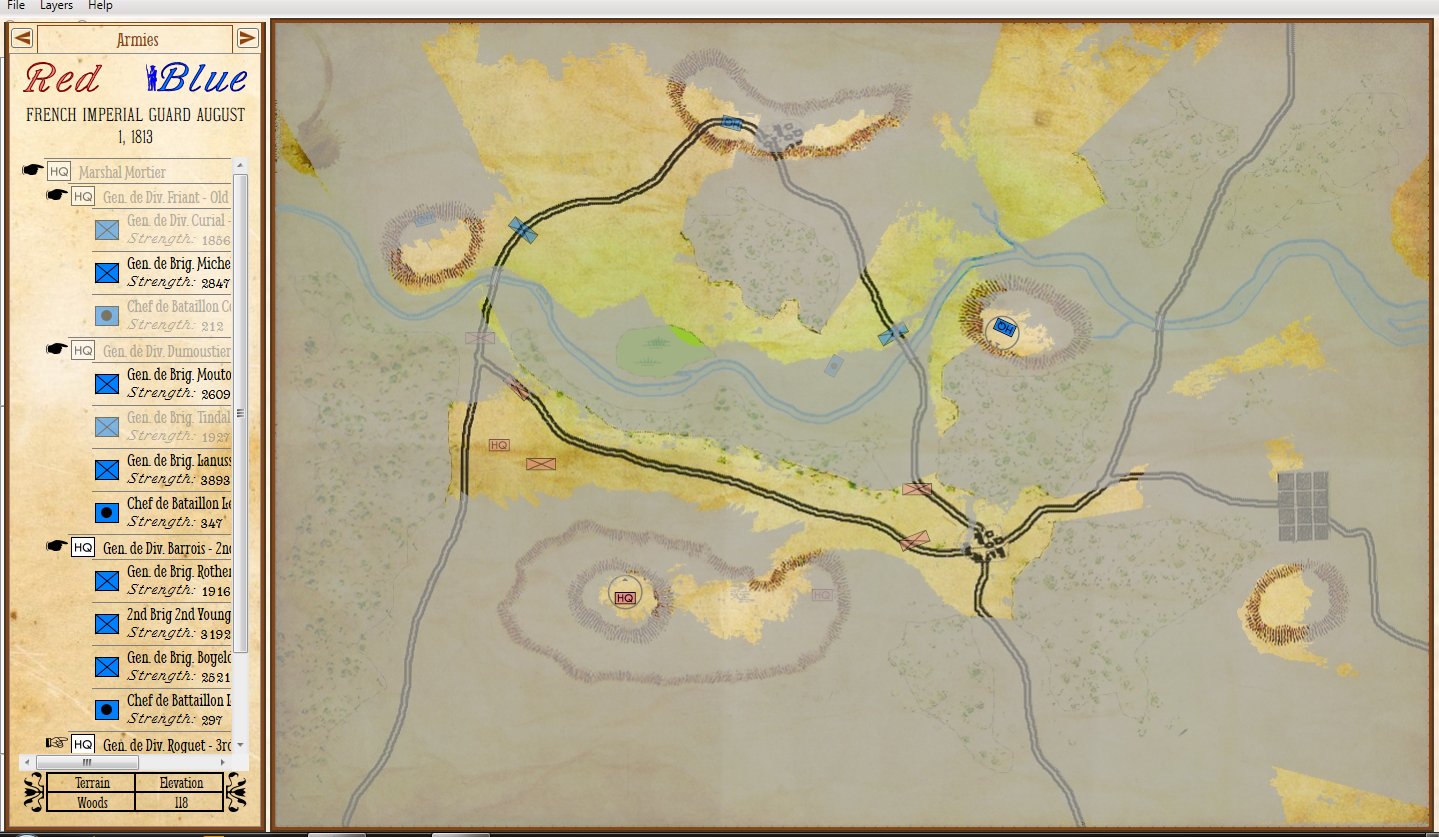 A mock up of how the Order of Battle option will appear (note this image was created from screen captures of the Scenario Editor and the Sand Box). Click to enlarge

Only friendly units directly observed by the General HQ are displayed. All other friendly units fade at their last known location. Couriers bring in unit location updates, but they are outdated by the time they arrive.

Only enemy units directly observed by the General HQ are displayed. All other enemy units fade at their last known location. Couriers bring in unit location updates, but they are outdated by the time they arrive.

If both of these above options are selected (only friendly and enemy units that are directly observable by your commanding General HQ) you will be simulating the Fog of War that field commanders of the age of gunpowder experienced. 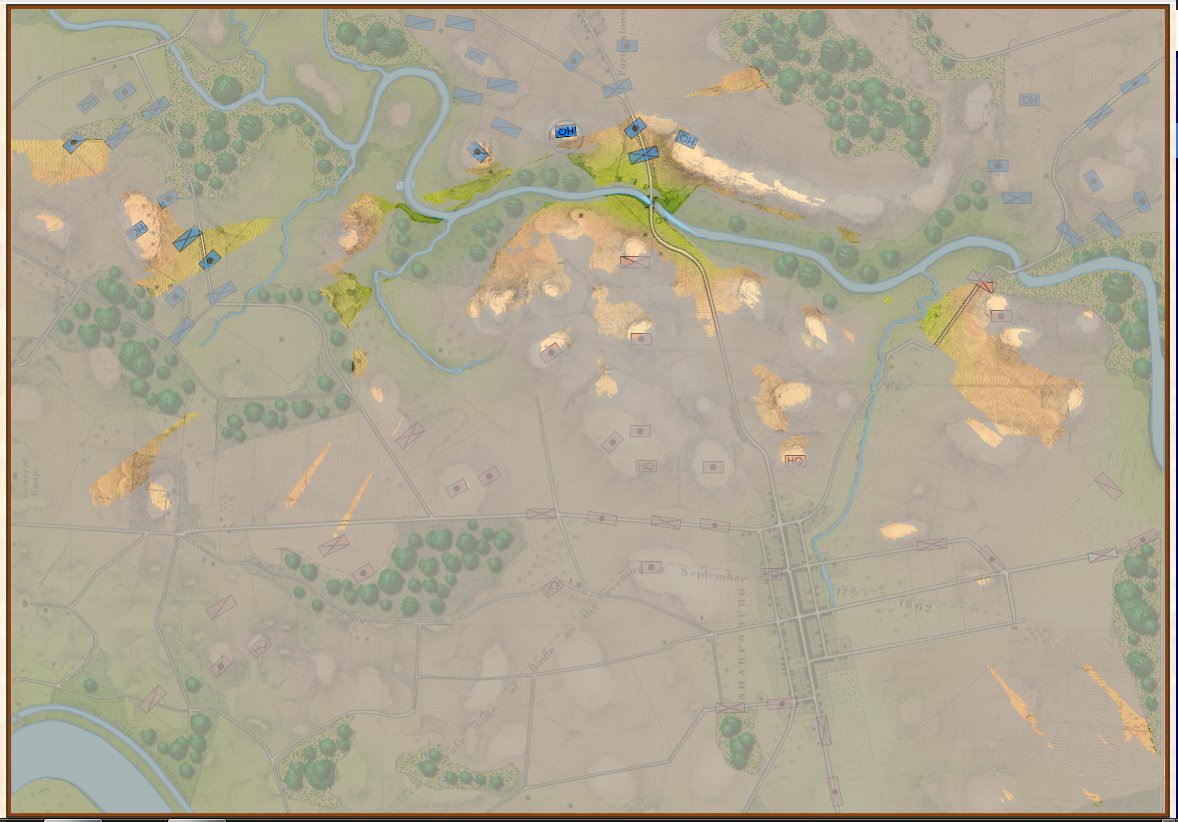 We would like to hear from you and get your opinion on what realism features you will use in General Staff:

32 thoughts on “How Will You Play General Staff?”